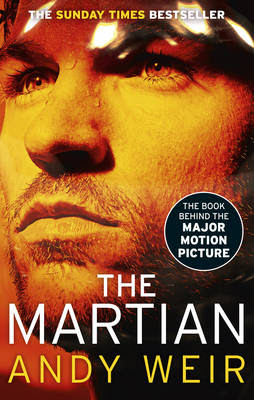 Book bloggers will probably be able to identify with the (sometimes almost daily) problem of recommending books to folk when they ask a question like...

...or "Can you think of anything my 8 year old can read next? They like David Walliams".

It's quite tricky to give an appropriate answer based on anything other than perhaps your experience with your own child - which opens that whole "age rating" thing up to a fairly broad interpretation.

It gets even trickier when your kids start to approach the twilight years of Middle Grade and start heading towards YA / Adult books. How do you ensure that they're going to be reading something that doesn't contain a lot of the YA / grown up tropes? Bad language, sexual activity, questionable taste in music / fashion sense?

I kid - but for a while I'd wanted to read Andy Weir's "The Martian" to C, purely because I know she'd enjoy it as much as I did (we'll skip right past the fact that Weir's "Artemis" was a pile of poo, if that's OK with you).

"The Martian" contains a hefty chunk of science, maths and of course a very human story of survival against the odds.

If it wasn't for Mark Watney's copious use of the "F" word, I probably would have let C read it herself - as she'd be more than capable, despite the book's fairly science / tech-heavy approach in places. We probably sound like prissy parents, trying to wrap our daughter up in cotton wool for a bit longer before that word enters her vocabulary (if it hasn't already through school) but it's been fairly easy to read the book and substitute that word for 'flip' or something else while reading aloud.

As I suspected, she has been completely gripped, the rest of the book's content really doesn't need that much sanitizing (thought: When the swears don't actually add much to the story, or have much of a purpose other than allowing the character to vent their frustration, would the book suffer if a non-swear version was produced for a younger audience? Or does that sound even more prissy?)

Coming back round to the point of this post and the upper-middle-grade / switching to YA thing, I am finding it quite difficult in my own writing to know how to pitch the language right. No not the 'bad' language, just the use of certain words and terms that - during the "Writing for Children" course I recently completed - were described as not being appropriate or at the right level for a middle grade book.

Again here is the assumption that the intended Middle Grade audience can be comfortably penned into a fairly narrow holding pattern of being able to cope with a fairly restrictive vocabular. I fully understand the need for characters to have an authentic middle grade voice, way of speaking, way of referring to things but outside of the character's narrative, should writers be trimming their use of the English (or any other) Language down to the simpler stuff? Surely the way children learn new words and increase their vocabularies is by finding and discovering new words in their favourite stories?

Keeping count around half-way through "The Martian" I think I've only had to explain or expand on about 6-7 plot points, expressions or words to make them slightly clearer for C (and a lot of that has been because she won't understand a lot of Weir's cultural references - explaining "The Dukes of Hazzard" for example by showing her a couple of clips on YouTube was 'fun').

Age ratings for children's books should only ever be used as an outline, vague guidance with the emphasis on parents being more involved in assessing whether a book is suitable reading material for their child. I fully understand the publishing industry's need (some may say obsession) with compartmentalisation but sometimes it's used as an iron rule in cases where it really shouldn't be.

It'd be an interesting experiment for other book-loving folk out there who regularly read to their kids, and may have switched away from picture books towards middle grade or even grown up / YA fare (having previously trudged through reading "The Deathly Hallows" with C, I think she can pretty much cope with a hefty word count at least - but word counts are another bugbear of mine along with age ratings, which should only ever be 'suggested' not 'enforced'). If you do have space-obsessed kids, I would heartily recommend the long haul of "The Martian" purely because there are so many things that they'll love learning about in it, even though the setting is 'near future' it really does use a lot of authentic and well researched science and maths at its core - without turning into some sort of horribly dry documentarian-like book.

If you do read 'older' books than your kid's intended age / audience's age rating I'd be really interested to know how you handle things. Drop a comment below, it's free! Or just pester us on @readitdaddy on Twitter as we're usually hanging around on there anyway.
ReadItDaddy at January 24, 2019
Share
‹
›
Home
View web version