"The Lost Books" - Are there huge gaps in the children's book market, or is it merely a case of marketing going awry - A ReadItTorial 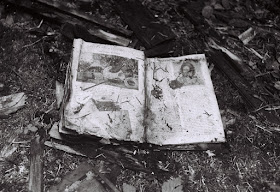 As with most ReadItTorials this one was inspired by a flurry of tweets, notably from Book Loving Royalty @bookloverjo on Twitter - who expressed frustration at the gap in the children's book market for 7-9 year olds.

Ironically we'd been having a lot of discussions at home about books (which isn't unusual) - and in particular the gap for "Tweens" that seems to become more obvious from 10 onwards, up to the age of 12-13, by which time kids are probably expected to start stumbling into their first forays into reading Teen Fiction or perhaps even YA stuff.

"Wait, what?" as my daughter is so fond of saying (oh grief, do other parents hear that phrase almost every 5 minutes when conversing with their child?" So allegedly there are gaps in the market for quite large age groups, at ages when kids are A) either moving on from picture book texts, and are perhaps too old for the early chapter readers (which - to be fair - really are no better than picture books without illustrations in some cases - with a heftier word count) or B) At an age where it's very easy to win kids away from reading with countless other pre-teen / teen distractions (notably the lure of social media, the internet, perhaps even videogames or socialising).

For us, the clear gap in the market really does exist as "Middle Grade" seems to begin at around 7 and end around 9 (Which, given Jo's experience, is a slightly different take from us, admittedly).

At 10 onwards we've found that books are either too simplistic and not 'hooky' enough to keep C's attention, or are on the cusp of teen stuff that contains an awful lot of 'dating' stuff and other content we'd rather she had a few years of not having to worry about just yet.

In some sectors there seem to be plenty of books that happily fit into those 'book gaps' in the market, notably historical fiction which seems to comfortably defy much of the usual stuff around age ratings or age appropriateness. Humour too seems to work for a slightly wider age group, so why is it that the gaps seem to mostly be about contemporary fiction?

I've got a bit of a theory about this.

I wonder if the reason for the gaps isn't just that publishers, book marketers and booksellers really don't want fragmentation in their stores any further than the multitude of categories that already exist. I wonder if it's actually about the difficulty of finding, identifying and successfully characterising voices for children's literature for those age group that 'speaks' directly to those 'difficult' ages. After all, we're told that middle grade fiction (right up until teen / early YA) should never heavily feature stories about adult characters unless the adults are A) peripheral to a central child character or B) Villainous miscreants who want to do awful things that the kid characters must stop at all costs.

Fascinating stuff though. I do truly believe that 10-13 isn't even a category, and yet the gulf of emotional and physical development between those ages is quite frankly staggering - and yet the development in fiction for those age groups just doesn't seem to be there at all...

Dang, comment or feedback to us on this on Twitter @readitdaddy because we really would love to hear your take on this (and thanks to @bookloverjo and other twitter folk who inspired us to write a readitorial about something we'd been mulling over for AGES!)
ReadItDaddy at February 07, 2019
Share
‹
›
Home
View web version